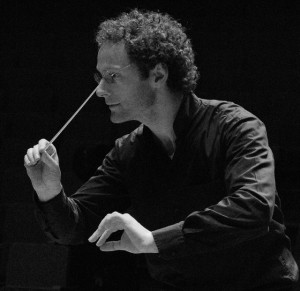 Toby Purser began his musical studies as a chorister and a music scholar at Winchester College, studying piano for a year in Vienna before returning to read music at Oxford, where he founded the Oxford Philomusica and was conductor of the Oxford Sinfonietta. Having begun his conducting studies with George Hurst, he spent two years at the St. Petersburg State Conservatoire studying with Ilya Musin, and then a further three years at the Royal Academy of Music with Colin Metters.

Toby Purser first came to prominence following recognition in the 2002 Leeds Conducting Competition, and was appointed Assistant Conductor of L’Ensemble Orchestral de Paris for 2007 following his participation in the Vendome Academy with Janos Furst and John Nelson.

Orchestras he has conducted include the English Chamber Orchestra, Royal Liverpool Philharmonic, London Concert Orchestra, L’Ensemble Orchestral de Paris, Kotorart Chamber Orchestra, the Orchestra of Opera North, the Orpheus Sinfonia, Oxford University Orchestra, Sinfonia Viva, Kammerphilharmonie Graz, St Petersburg Camerata and the St Petersburg Festival Orchestra. From 2002 until 2011 he was principal conductor of the London International Orchestra. A CD a Bel Canto arias recorded with tenor Jesús León and the Royal Liverpool Philharmonic is due for release next April.

In Summer 2014, he assisted on Thebans at English National Opera and made his company debut in November conducting two performances of The Marriage of Figaro. He is a regular guest at Grange Park Opera where he has conducted Madama Butterfly, Eugene Onegin, Rigoletto and Fortunio, which was also performed at the Buxton Festival. Recent engagements also include Donizetti’s The Daughter of the Regiment for Opera Della Luna at Iford Arts, Haydn’s La Canterina for Bampton Classical Opera, Sister Act for Pimlico Opera, and concerts at Cadogan Hall, the Queen Elizabeth Hall, the Royal Festival Hall and Symphony Hall, Birmingham.

Other Operatic performances have included Bailey’s The Black Monk for The Sirius Ensemble, Hansel und Gretel and Die Entführung aus dem Serail for British Youth Opera, and Sciarrino’s Infinito Nero for Almeida Opera. Working for Pimlico Opera each winter since 2008, he has conducted productions in various prisons, with a cast of inmates performing alongside professionals in repertoire include Carmen the Musical, Les Misérables, Sugar, Sweeney Todd and West Side Story.

In 2005 Toby Purser founded the Orion Orchestra, a stepping-stone orchestra for the most talented musicians leaving music college, and has developed it into one of London’s great orchestral successes, receiving glowing reviews and recognised as a leading organisation for young professional musicians. Now performing over a dozen concerts per year in all of London’s most prestigious venues, it recently toured to Paris, and future plans include a European tour with Rick Wakeman, and concerts in Lebanon and Singapore. Together, they have worked with soloists including Nicola Benedetti, Susan Gritton, Tasmin Little, Joanna MacGregor, Alwyn Mellor, Dame Ann Murray, Teo Gheorghiu, Martin Grubinger, Guy Johnston, Jack Liebeck, Julian Lloyd-Webber, Dennis O’Neill and Valeriy Sokolov. Toby Purser initiated a Composers’ Prize, a Young Conductors’ Award and a Great Young Soloists series. His debut CD with the orchestra was released in 2010, with critical acclaim praising his “passionate but finely nuanced” conducting. A second recording of British works was released last year by Cameo Classics.

In 2010 the Aberystwyth International MusicFest invited him to direct its first conductors’ class, following which the class is now established as an annual event. He was assistant to the late George Hurst at the Canford Summer School of Music, where he remains a tutor on the George Hurst faculty of conducting, and was co-director of the Graz Conductors’ Summer School 2008-9.