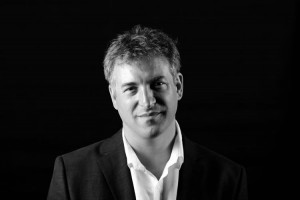 Jacques Cohen read music at Oxford, where he conducted the university orchestras and performed several of his own compositions. He was awarded the conducting scholarship at the Royal College of Music where he later won the Tagore Gold Medal (most outstanding student). Since then he has won several other awards including the August Manns Conducting Prize, the Constant and Kit Lambert Award, and first prize in the British Reserve Conducting Competition; he was also a prize winner in the Leeds Conductors’ Competition.

Since 2005, Jacques has been the musical director and principal conductor of the Isis Ensemble—which he formed from high-profile chamber musicians, soloists, and leading players in established UK orchestras, and which now regularly performs at London’s South Bank Centre and around the UK. Other orchestras that he has recently appeared with include the National Symphony Orchestra of Ukraine, Kremerata Baltica, the Radio-Television Symphony Orchestra of Albania, and the Sofia Soloists. He has conducted concerts with the BBC Concert Orchestra and been a regular guest-conductor with the Bucharest Philharmonic since 2003. He is Principal Guest Conductor with the City of Oxford Orchestra and before that he worked with the London Symphony Orchestra (Assistant Conductor), Royal Philharmonic Orchestra, Bombay Chamber Orchestra and has guest conducted literally dozens of orchestras both in the UK and abroad. He has been Music Director of several major opera productions and was Music Director of the Seychelles International Music Festival. He has been a regular guest conductor and visiting professor at the Royal and Trinity Colleges of Music in London, as well as the Birmingham Conservatoire where he has conducted concerts and directed master classes.

He has recorded CDs for a variety of labels, notably Meridian, with whom he recorded the critically acclaimed Music for Strings CD with the Isis Ensemble. Jacques conducts an extremely wide repertoire from Monteverdi to the present day. His performances of the mainstream 19th and 20th century repertoire have been particularly acclaimed for their uniquely fresh and exciting quality and this has made him popular with both listeners and fellow musicians. A creative conductor, Jacques has enhanced his programmes with several arrangements and orchestrations, including Brahms’ first Clarinet Sonata arranged for clarinet and strings and Mussorgsky’s Pictures at an Exhibition for strings.

He is also a gifted composer, and his music is regularly performed in the UK and abroad. Notable commissions include Passion Fragment (Lloyd’s Choir), Three Nottingham Dances (Nottingham Philharmonic), Pantheon (National Youth Wind Ensemble), Tuba Concerto (Oren Marshall), Castle Lament (Primrose Piano Quartet), and Concertino (Onyx Brass). Other works for choir and orchestra include his large-scale Songs of Innocence and Experience, premiered at St John’s, Smith Square in 2005, and Jubilate, commissioned by Berkhamsted Choral Society. In 2010 he was commissioned to write the score for the film Jumpers. In March of last year he conducted the premiere of his Love Journeys at Southbank Centre with the Isis Ensemble and Marie Vassiliou. This work has already received fantastic notices, and Nun danket alle Gott, a new commission for the Fitzwilliam String Quartet, was extremely well received at its premiere in April as part of the Music in the Village series. In July, he conducted Kremerata Baltica in a programme including his arrangement of Pictures and the first performance of Prelude 49 for vibraphone and strings with the brilliant Andrei Pushkarev. He is due to conduct the UK premiere of this piece in March at Queen Elizabeth Hall with Dame Evelyn Glennie. His brilliant chamber opera about Dickens’s Miss Havisham, The Lady of Satis House, was premiered by Marie Vassiliou and the Piatti Quartet at the Tête-à-tête Opera Festival last year. Future plans include the completion of his other opera Magic Potions, which was showcased at the Tête-à-tête Opera Festival in August 2010, and the premiere of his vast symphony Adventures in Twilight.